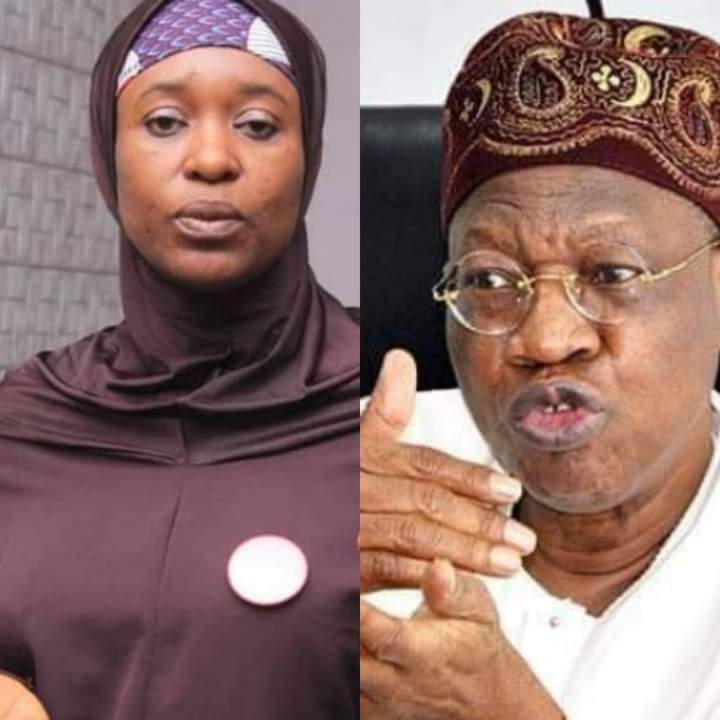 Nigerian activist and co-covener of BBOG movement, Aisha Yesufu, has slammed the Minister of Information and Culture, Lai Mohammed, stating that he would soon claim that the Federal government forced Jack Dorsey to resign as Twitter Chief Executive Officer.

According to her, the government would soon tell Nigerians that Jack’s resignation was part of negotiations to return the social media platform to the Nigerian space.

We had reported that co-founder of Twitter, Jack Dorsey stepped down from his executive role.

Dorsey, who posted the first-ever tweet in 2006, will be replaced by Chief Technology Officer (CTO), Parag Agrawal.

Elliott Management and billionaire investor Paul Singer had advised the tech guru to step down from Twitter or Square, his financial payments company.

In an announcement of Monday, the company said Dorsey would exit but remain on the board until the stockholder meeting in 2022.

“I wouldn’t be surprised to hear Lai Mohammed claim they forced Jack to resign. They might even say it was part of the agreement for them to unban twitter in Nigeria,” Aisha tweeted.

Twitter is currently under suspension in Nigeria having been accused of being used in spreading fake news in the country.

However, one major event that happened before Twitter suspension was the taking down of President Muhammadu Buhari’s tweet where the Nigerian leader was adjudged to have threatened citizens of the country.