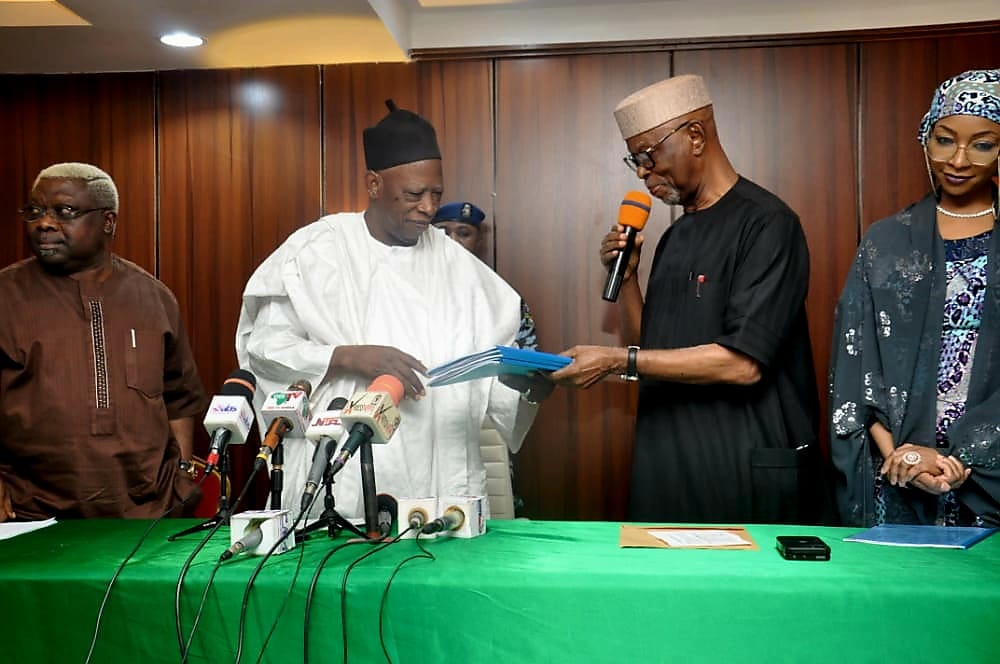 The National Chairman of the All Progressives Congress, Abdullahi Adamu, has said the party is not happy with the outburst of one of its presidential aspirants, Bola Ahmed Tinubu in Abeokuta.

He said Tinubu might be sanctioned by the party.

The APC Chairman announced that all presidential aspirants are scheduled to meet with President Muhammadu Buhari tonight.

Adamu also said the party has appealed the judgment in favour of statutory delegates, meaning they will not participate in the upcoming presidential primary.

He made the comments while speaking with reporters at the APC National Secretariat in Abuja on Saturday.

‘High regard’
Tinubu was campaigning in Abeokuta on Thursday when he said he deserves to lead the nation after helping President Buhari win the 2015 election.

Many viewed his speech as disrespectful to the President.

But in a statement on Friday, Tinubu maintained that he holds President Buhari in high regard.

He said his comments were not meant to disrespect the President and had been taken out of context.

The former Lagos State Governor said reactions suggesting he had been disrespectful were sensational and incorrect.
-ChannelsTV