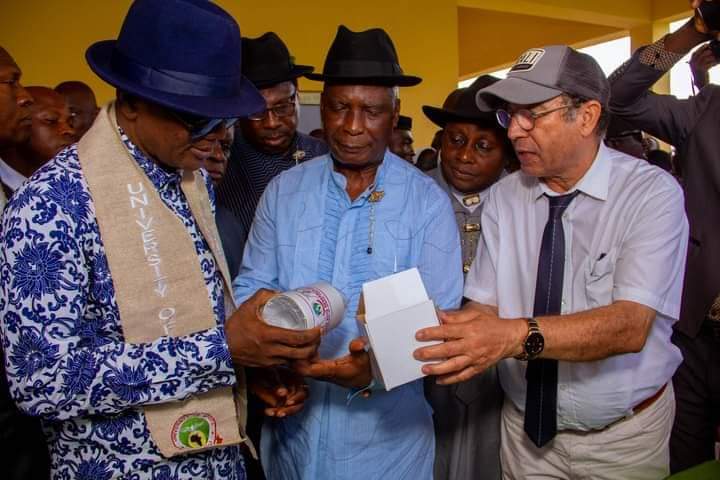 Bayelsa State Government has urged federal agencies such as the Tertiary Education Tax Fund (TETFUND) and the Nigerian Content Development and Monitoring Board (NCDMB) to support the state in the funding of research projects by its tertiary institutions.

Governor Douye Diri, who made the call at the second public lecture of the University of Africa Toru-Orua (UAT) on Thursday, also charged the state-owned institutions of higher learning to redouble their efforts to tap research funds lying idle at the NCDMB and other public-spirited corporate bodies.

Represented at the event by the Deputy Governor, Senator Lawrence Ewhrudjakpo, the Governor emphasised the importance of research in tertiary education and the overall development of society, noting that what makes an educational institution to stand out is the quality of its research works.

He said contrary to some misgivings that the state-owned universities in Bayelsa were too many, the state still needs more to effectively fight against ignorance as well as promote aggressive educational development,

According to Governor Diri, some states which appreciate the development-oriented role of education such as Ogun State has not less than 12 universities.

The Bayelsa Governor also called on the state-owned universities to spread their nets wide enough to explore opportunities like endowments and exchange programmes with other institutions to enable them raise funds for meaningful research projects.

Senator Diri used the opportunity to pour encomiums on his predecessor, Senator Henry Seriake Dickson for his vision in establishing the University of Africa Toru Orua, which he noted, has started contributing to the educational advancement of the state.

He also thanked the Faculty of Basic and Applied Sciences, UAT, for initiating the public lecture series and launched the Research Endowment Fund of the University with an undisclosed amount.

In his lecture titled, “Utilizing Untapped Research Funding Opportunities: An Imperative for Innovative Research in University System, Ambassador Godknows Boladei Igali, explained that the progressive march of knowledge in all fields of learning had been made possible by research.

Amb. Igali pointed out that research was the most important component and goal of the university system, and therefore advocated a paradigm shift to fund the universities, especially in the area of research.

He called on the universities, in the face of dwindling funding from government, to explore such options as educational endowments, alumni associations, partnership with industries and linkages with other universities within and outside the country, to raise funds for research.

Earlier in his remarks, the Vice Chancellor of the University of Africa Toru Orua (UAT), Prof. Kingston Nyamapfene, applauded the Faculty of Basic and Applied Sciences for organizing the public lecture.

Prof. Nyamapfene noted that the public lecture was a clarion call on all stakeholders, especially government, to invest more resources in research and development to meet the manpower needs of the university system and society at large.

In his welcome address, the Dean of the Faculty of Basic and Applied Sciences, UAT, Professor Francis Sikoki, remarked that the public lecture series was initiated to enlighten the public and create the necessary awareness and support for the university.

The event which featured public exhibition of research products by some lecturers and students of UAT, had the Pro-Chancellor of the Bayelsa Medical University, Prof Nimi Briggs, the President of Ijaw National Congress, Prof. Benjamin Okaba, Prof. G. G. Darah and several eminent scholars in attendance.