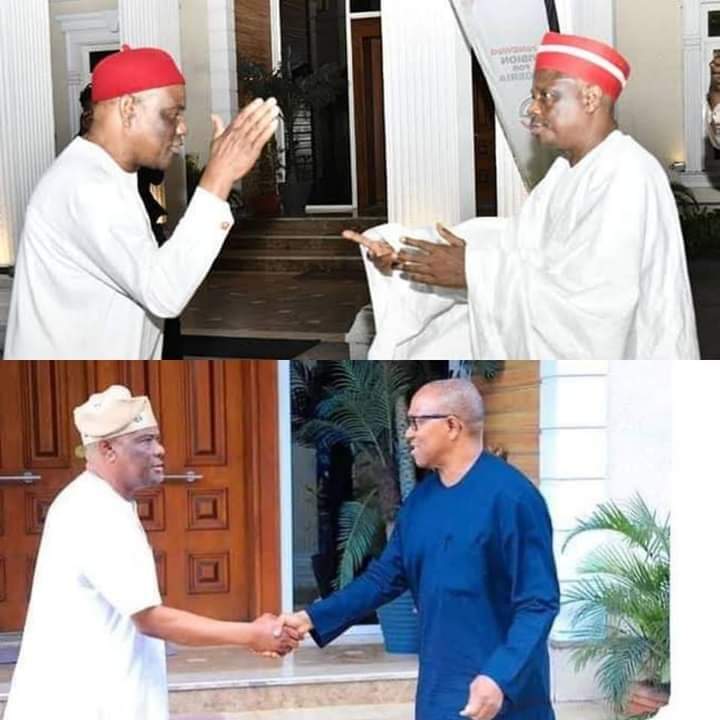 In what appears to be a direct reaction to being sidelined by the presidential candidate of the Peoples Democratic Party (PDP), Atiku Abubakar, in the race for his running mate, Governor Nyesom Wike of Rivers State is said to be in the centre of a proposed alliance in the build-up to the 2023 general election.

New Telegraph gathered from multiple sources that the governor and his bloc within the PDP are tinkering with a Peter Obi and Musa Kwankwaso ticket on the platform of the Labour Party. Both Obi and Kwankwaso are Labour Party and New Nigeria Peoples Party (NNPP) presidential candidates respectively.

The two former PDP members are currently using placeholders to keep their respective running mates pending when they will have substantive VP candidates. One of the sources said, “The Rivers governor is on the verge of brokering an Obi- Kwankwaso ticket since the momentum appears to be in favor of the South. I’m not, however, certain if Wike and others will move or strategically collapse their structure for the impending merger,” he said.

It was further learned that talks between the two presidential candidates have reached an advanced stage and who would step down to become the running mate of the other will be unveiled very soon, especially with the intervention of Wike. When contacted, one of Obi’s aides could not confirm the move. However, he told our correspondent that such an alliance is what they are praying for.