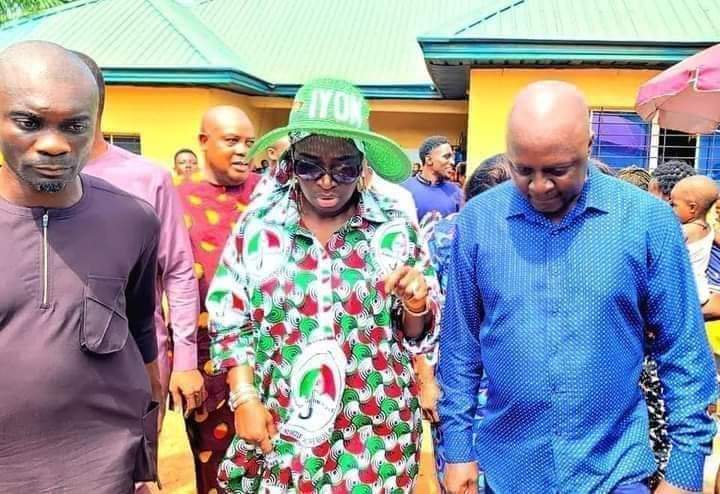 Senator Uche Ekwunife who is the current senator representing Anambra Central and also the PDP candidate for the zone, was at the INEC office, Awka to monitor the ongoing voter registration excise.

Ekwunife who is very smart politically, went there with soft drinks and small chops for people that were there for the voter’s registration knowing too well that majority of them will vote within the Anambra Central senatorial zone.
Thereafter, she started talking about how they are trying to make sure that INEC gets more machines. People hailed her for that.
Then she moved to appeal to them to remember PDP while casting their votes next year, as she was still talking, the crowd started shouting Obi! Obi!
Labour Party all the way!!! It was as if they were been directed, but nobody did. The senator was hurriedly rushed into her car and she zoom off.

INEC REC later asked the security at the INEC office not to allow any politician to address those waiting to be registered for a vote to avoid what happened with Senator Ekwunife which they said could have breached the security of the INEC state headquarters.

Senator Ekwunife may face her worst election in her political career with the coming of the Labour Party especially as she is not only from the same Senatorial zone as Peter Obi but the same LGA.

The popular view in Anambra State is that Senator Ekwunife is working with Atiku and people are indicating their readiness to end her journey in the National Assembly.