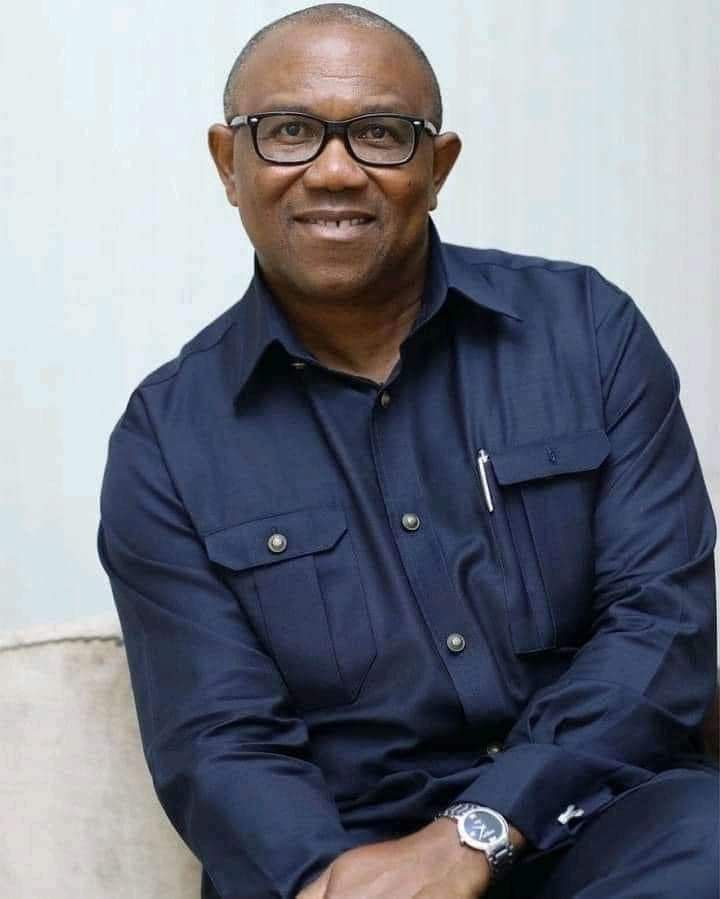 Pastor Poju Oyemade is no doubt one of the finest teacher of God’s word around. The celebrated convener of The West Africa Faith Believers Convention. His hold on faith teachings is very firm! A delightful teacher any day, anytime, on any topic of FAITH until this unfortunate subtle political communication in the name of teaching faith. As someone put it, “it’s a sad day when lay people have to teach a minister the true meaning of faith”.

Please, make no mistakes, Pastor Poju Oyemade have my due respect, he earned it. We all occasionally have challenge with representing divinity with the inherent limitations of humanity. Pastor Poju Oyemade slipped, may the hands that stabilized Samuel in the house of Jesse come to his rescue.

In the house of Jesse, Samuel had arrived with his horn filled with oil and his prophetic PLATFORM was privileged and honoured to pick and present the next king of Israel. He was there to wait until God will show him the one He had chosen. But, for the success of the feast, Prophet Samuel was almost running ahead of God. Nevertheless, God must have his way, Eliab the prepared first son and preferred choice of Prophet Samuel had it going until God’s rejection of him was communicated in ways that give no room for compromise, seven other substitutes passed the Prophet and their father’s test but failed the ultimate qualifications. God does not see as man sees was the only reason offered by God. What he has seen in Obi only Him can tell.

The Platform is no doubt an appointed stage on which the future President will be showcased and presented to Nigeria. Purpose served; Osinbajo and Obi are among several revealed personalities on the PLATFORM, an initiative of Pastor Poju Oyemade.

The Platform more than anything else contributed to the publicity mileage of these individuals and their acceptance by the youths who kept the thought they shared trending on social media.

Osinbajo came to them as an institution of intelligence. His thoughts are refined ideas and ideals for the kind of leadership fitting for our nation, but for the status quo, political scam called structure and corruption delegated to decide on behalf of party members, Osinbajo would have floored Tinubu to emerge the candidate of APC at their last primary election.

Osinbajo possibly came to Pastor Poju Oyemade like Eliab, his rejection is becoming difficult to accept. But God is behind Pastor Poju Oyemade’s Platform and through it whether himself likes it or not, the purpose of the Almighty will be served, on it the colloquial Peter Obi has stood with is unpolished “Igbo-ish” English proffering simple practical solutions to our complicated national problems. On the platform, Obi warmed himself into the hearts of the youths way before presidential opportunity beckoned, and year in, year out he was back at the platform preparing himself and projecting his thoughts. Today, Obi has built himself as the citadel of hope that the nation need to rediscover herself.

Poju Oyemade should come to terms with the fact that the platform that God used him to start is no longer his.

A public analyst pointed this to our knowledge, when he opined, “In an apparent reference to youths supports for Peter Obi’s presidential bid, the Senior Pastor of The Covenant Nation, Poju Oyemade, had tweeted as follows on Thursday:

“Faith is not just blind belief or hoping for a miracle. Faith sees. Faith has her eyes opened and possesses the evidence upon which it builds its belief. Faith prepares long, sometimes for years just as Joseph did for the years of famine. Faith counts the cost before embarking.

“Without having real evidence upon which you are acting nor preparation for the task, recognising real obstacles that lie ahead and making concrete plans, one is just being delusional about the outcome. The enthusiasm of the youth must not be wasted on poorly planned projects.

“Noah spent months/years planning for the flood & he was operating in faith. Jesus said no man goes to battle without taking stock first nor lays the foundation of a tower without counting the cost first lest he will be mocked. Our faith is intelligent it doesn’t live in denial.”

The backlash that followed forced him to delete the tweets”.

One of the comments read thus: “I think there’s pressure on Poju to push certain narratives that’d whittle down the leverage Obi has got.

“Faith, the Bible says, ‘comes by hearing, and hearing the Word of God.’

Obi has been standing on the Platform preaching the word of faith in a new Nigeria the crowd of converts that bemoaned the priest of the platform is our proof of faith and preparedness.

If ministry were professional career, Pastor Poju Oyemade would have been described as one with core competence in faith area of ministry. How come our man of faith is blind to faith where most Nigerians can see one.

As believers we are called to walk by faith, rather than by sight (2 Corinthians 5:7). One of Obi’s message preached on the platform is from consumption to production, who will deny the former as the reality of a nation that sells its crude but imports diesel and PMS?

Faith, the Bible says, “is the substance of things hoped for, the evidence of things not seen” (Hebrews 11:1).

Obi for now is the substance of leadership hoped for and the evidence of better management towards a greater Nigeria.

Our faith is in God for a better Nigeria, let our Priest at the platform stand with God who revealed to us David upon his Altar.