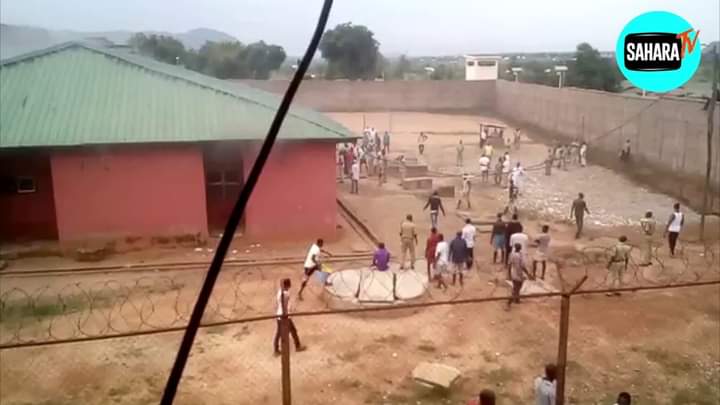 The Minister of Defence, Bashir Magashi, has said none of the Boko Haram suspects detained at Kuje prison in Abuja was found after the attack on the facilities on Tuesday night.

Sources had told Daily Trust that high-profile Boko Haram suspects and bandits escaped during the invasion of the prison on Tuesday night.

Addressing journalists after taking an assessment tour of the facility, the minister said, “The attack started around 10:30pm. They came in their numbers gained entrance into the prison and they released some of the inmates and which we are now following to see the kind of inmates that they have released.

“Very soon, we will give you the correct figure of the inmates that were taken. Aside that, we are trying to see what we can do to ensure that all escapees are returned back.

“The Prison is accommodating about 994 inmates and over 600 escaped. Many people have been recaptured and brought back to the prison. Maybe by the close of the day, more will have been captured and returned.

“I think everything is under control. The people who came to do this activities from the records we believe they belong to a particular group. Most likely, they are Boko Haram members because we have sizable number of Boko Haram suspects in detention, and presently we cannot locate any of them.

“I think they are about 64 in the prison and none of them now is available they have all escaped.”
-Daily Trust