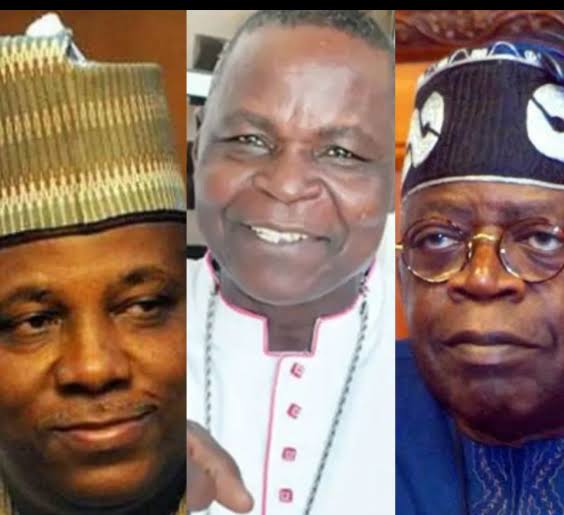 The Borno State Chairman of the Christian Association of Nigeria (CAN), Bishop Naga Mohammed, has described reports in the social media that he is in support of Kashim Shettima as running mate to Bola Ahmed Tinubu, the All Progressives Congress (APC) presidential candidate as malicious and fake news.

Alhaji Shettima was, on Sunday, announced as the APC Vice Presidential Candidate to Tinubu, both Muslims.

The bishop said he neither granted any interview to any journalist nor issued any press statement to that effect.

Mohammed, in an interview with The PUNCH, said the story which had gone viral was taken from what he said in 2017 when Boko Haram was devastating Borno State at a time when Shettima was the governor.

“I have not granted an interview to anybody and never issued any statement.

“Was it not yesterday (Sunday) they said they had appointed him (Shettima)?

“How come I granted interview at the APC secretariat?

“Nobody called me. No journalist called me, except when this thing happened, when the papers were carrying it viral, then people were calling me.

“Right now, I’m somehow angry and not even composed to talk very well. The story they are carrying was in 2017 when Boko Haram was devastating Borno when Kashim Shettima was the governor.

“They picked that story and I, being CAN chairman, they now levelled it against me.

“I am just framed up and I don’t even have trust speaking with journalists, including you, because I don’t know what else you will write,” he lamented.

The social media had gone viral with the fake story that the CAN leader has thrown his weight behind the Muslim Muslim ticket of the APC ahead of the 2023 presidential election.