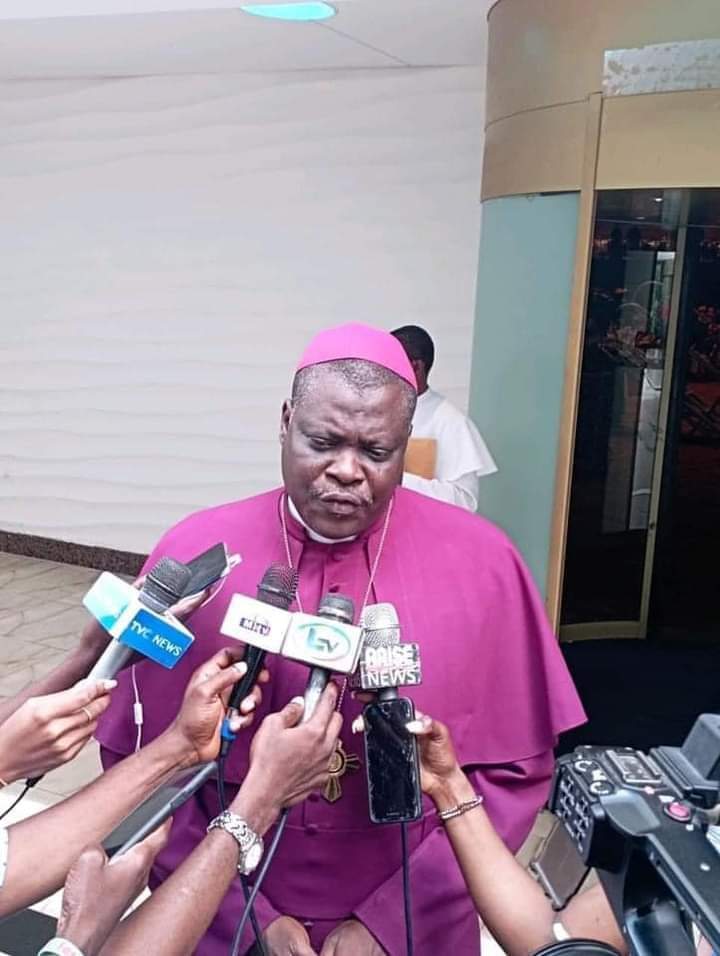 The Chairman of the Lagos State chapter of the Christian Association of Nigeria (CAN), Reverend Stephen Adegbite has vowed to mobilise support for the presidential aspiration of the Presidential Candidate of the All Progressives Congress (APC), Asiwaju Bola Ahmed Tinubu because of his tremendous support for the Christian community not only in Lagos but in the entire southwest region.

Reverend Adegbite went as far as saying “God will punish us if we don’t support Asiwaju Bola Ahmed Tinubu.

The Lagos CAN Chairman spoke in Lagos on Sunday, 16 October, 2022 during the presentation of the stewardship report of 12 years sojourn in the Senate presented by the Senator representing Lagos Central Senatorial District in the Upper Legislative Chamber, Senator Oluremi Tinubu, OON.

Reeling out the support Tinubu has done for Christians, Reverend Adegbite stated that the APC Flag-bearer initiated a fund to sponsor Christians to Jerusalem and up till today the fund is still there and Christians are benefitting. “We’re still going this year and we will pray for him,” he said.

He stated that Tinubu has through provision of funds saved children of many Ministers of God noting a particular case of one he personally carried dying but through Tinubu’s support was saved and alive today.

“Don’t also forget that it was Tinubu who returned schools to the owners when he was Governor. There are more and we will support him,” he vowed.