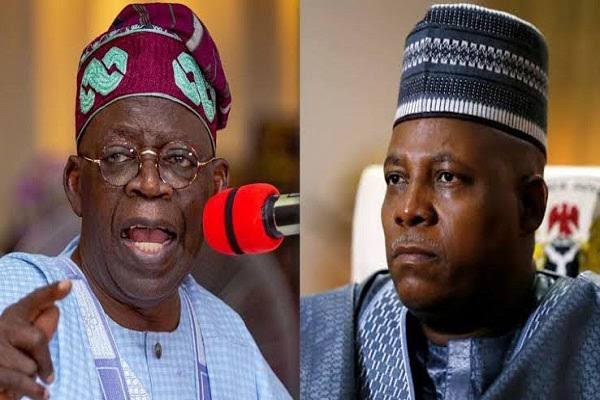 A court has permitted the Action Alliance (AA) to open its certificate forgery allegations suit against the presidential candidate of the All Progressives Congress (APC), Bola Tinubu.

Hearing in the matter could not go on as scheduled following an application by one Adekunle Omo-Aje and his group claiming leadership of the AA party and also insisting they did not engage any legal practitioner to institute the suit against Tinubu.

Justice Obiora Egwuatu of the Federal High Court, Abuja had in August, fixed October 12 for commencement of hearing shortly after ordering parties to exchange their briefs of arguments in the case. However, at the next adjourned date, Omo-Aje and his faction had asked to be joined as a defendant in the suit filed by the AA.

Amongst others, Justice Egwuatu held that Omo-Aje did not establish his claim as National Chairman of the AA and also did not disclose how his interest would be jeopardized if not joined as defendant in the suit.

Justice Egwuatu, while dismissing the joinder request, directed the plaintiff to open its case of certificate forgery allegations against Tinubu on Friday November 4, 2022.

The judge specifically ordered that witnesses in the suit must be brought before the court to enable it determine the suit within the time stipulated by law. AA had on June 21, approached the court for an order restraining the Independent National Electoral Commission (INEC) from including the name of the APC in the ballot of the 2023 presidential election.

The party equally asked the court for another order restraining the electoral umpire from accepting the name of Tinubu as the candidate of the APC in the forthcoming presidential election.

The plaintiff in the Writ of Summon marked: FHC/ABJ/CS/954/2022, predicated its request on the claim that both the APC and its presidential candidate, Tinubu, are not qualified to participate in the 2023 presidential election on alleged forgery committed by Tinubu in 1999.

While the AA is the sole plaintiff, INEC, APC and Tinubu are the first, second and third defendants respectively.

The plaintiff in the suit is claiming that Tinubu forged his University of Chicago certificate he submitted in 1999 in aid of his qualification for the 1999 governorship election in Lagos State, which he won.

In a 16-paragraph statement on oath deposed by one Kalu Agu, the plaintiff submitted that “the third defendant is a person who is not qualified for election to the office of President of Nigeria on the grounds of alleged forgery”.

According to the deponent, the third defendant had provided false information and attached forged documents in his form CF 001 he submitted to INEC in 1999 in aid of his qualification for the governorship poll.

The deponent stated that the claim of Tinubu that he possesses Bsc degrees in Economics and Business Administration from the University of Chicago and Chicago State University in 1976 and 1979 respectively were false.

“The third defendant knew he did not possess all the educational qualifications he listed in the said INEC form,” he added.

The deponent further claimed that the matter of false information by Tinubu was once reported to the Inspector General of Police and the Lagos State House of Assembly, wherein the latter set up a committee which in its report at page 2 said: “The Governor of Lagos State stated his evidence by admitting full responsibility for some of the needless errors being pinpointed in recent publications and which formed the basis of the allegations against him.”

The plaintiff contends that arising from the above, the third defendant is not qualified for election into the office of President of Nigeria.

The party therefore prayed the court to declare that the third defendant’s claim that he attended Government College, Ibadan and University of Chicago on his INEC Form CF 001 in 1999, which he presented to INEC, is false.

He also urged the court to further declare that the alleged false information on Tinubu’s INEC Form CF 001 about his BSc degree in Economics from the University of Chicago “is a forged certificate”.

The plaintiff said in view of Section 137(1)(j) of the 1999 Constitution, the court should declare that the third defendant, “having in 1999 presented a forged certificate to INEC….is not qualified to contest for the office of president”.

“A declaration that by virtue of Sections 224, 23 and 24 of the 1999 Constitution and the Constitution of the APC, the office of the President of Nigeria is to be occupied by a man of integrity and impeccable character,” he said.