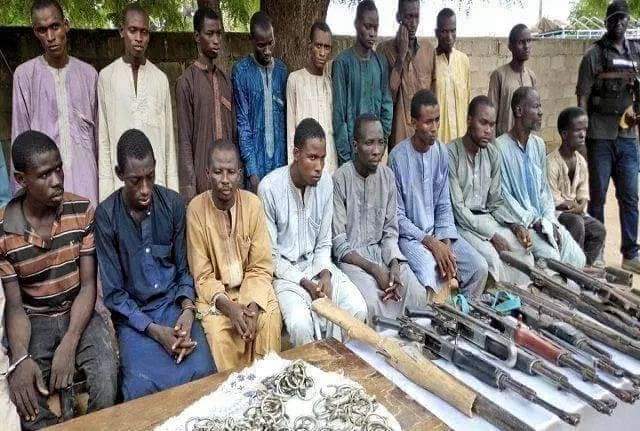 Maj. Gen. Muhammad Buhari retd in an ope-d in the Christianity Today magazine earlier this month said Boko Haram was not targeting Christians.
Hear him;
“Christianity in Nigeria is not – as some seem intent on believing – contracting under pressure, but expanding and growing in numbers approaching half of our population today. Nor is it the case that Boko Haram is primarily targeting Christians: not all of the Chibok schoolgirls were Christians; some were Muslims, and were so at the point at which they were taken by the terrorists.”

But today, the FG through the Minister of Information, Lai Mohammed (who, together with the likes of Femi Adesinam had been abusing the CAN leadership admitted that Boko Haram and ISWAP were targeting Christians and Christian villages

His words, “In the wake of a renewed onslaught by our tireless military against Boko Haram and their ISWAP allies in recent times, the insurgents have apparently changed their strategy.

“They have startedtargeting Christians and Christian villages for a specific reason,which is to trigger a religious war and throw the nation into chaos. Apparently, they have realised how emotive and divisive religion can be, when exploited by unscrupulous persons.”