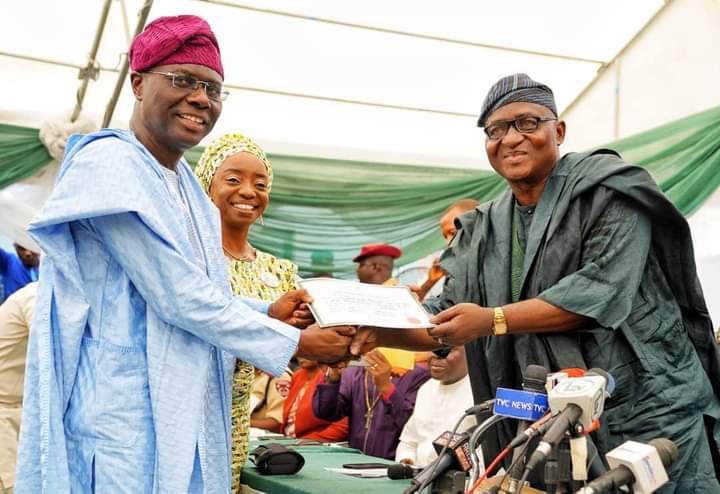 All Progressives Congress Christian Leaders Forum in Lagos State have commended the re-election endorsement Governor Babajide Sanwo-Olu received from Governor’s Advisory Council (GAC), to continue with his quality leadership service delivery as governor of Lagos State in the next four years.

In a letter dated 28th April, 2022; signed by 14 – member executive council, chaired by Dr. Olanrewaju Abraham, the Forum said “your endorsement is the recognition of His Excellency Babajide Olusola Sanwo-Olu’s phenomenal achievements, which is the in- print of our great party’s governance of the state in over two decades”.
The christian caucus of card- carrying members of the party reputed to have formidable structures in 20LGs and 37LCDAs of Lagos State, reaffirmed their resolve to always “mobilize Christians in the state to register and vote en-mass for APC in all elections” in Lagos State.

This is coming amidst controversy and purported aspirant being drafted to replace Gov. Sanwo-Olu in forthcoming election.

The Forum noted that “We are not unaware of the moves of certain disgruntled few of our Muslim brothers in our great party, questioning your unanimous endorsement of our loyal and silently achieving governor for his second tenure.
Howbeit, we refused to be dragged into this contentious and acrimonious argument based on their parochial understanding of the issue of rotation” in the state.
Newsreel can exclusively report that the letter addressed to the Chairman, Governor’s Advisory Council(GAC), was copied to key stakeholders of APC in the state, including APC national leader and presidential aspirant, Asiwaju Bola Ahmed Tinubu.