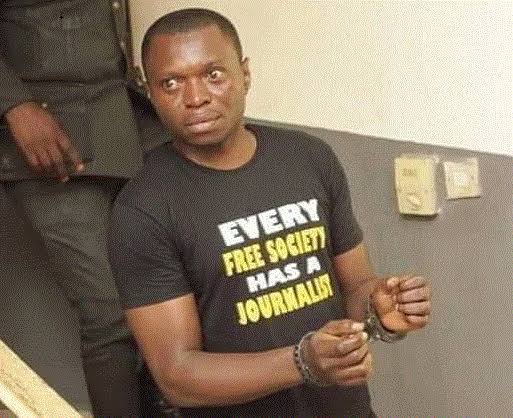 THE leadership of the National Association of Nigerian Students (NANS) has called for the unconstitutional release of a renowned activist and journalist, Agba Jalingo, from detention.

Public Relations Officer of NANS, Comrade Azeez Adeyemi, in a statement on Sunday in Abuja, said the student body is disturbed by the fact that Jalingo had been kept in custody for over 119 days.

Adeyemi noted that Agba Jalingo was arrested on August 22, 2019, and since then has been denied his freedom.

He noted that even though charged with treasonable felony among three other charges, on Friday, October 4, the journalist and human rights activist, Jalingo, filed a bail application but was refused by a Federal High Court.

He said: “Although the court has autonomous powers on cases before it, this development further increased the volume of rumours saying state powers are behind his travail.

“In fact, the mode of his arrest was shocking as his wife confirmed the men who took his husband away from their residence in Lagos weren’t wearing police uniforms nor did they agreed to show her his warrant of arrest.

“Later it was discovered that Agba Jalingo was arrested by operatives of the Intelligence Response Team of the Nigerian Police Force on August 22, moved to Calabar and arraigned before a Federal High Court on September 25 on a four-count charge of treasonable felony, terrorism and attempt to topple the Cross River State Government.

“Even as we await the ruling of the court we find it inhuman for the activist to be kept in prison custody since September 25th, 2019.

“Hence, the activist has been kept in custody for over 119 days even when his case is yet to be ruled upon by a competent court.

“As a result, we as students are afraid that anarchy might set into Nigeria in full scale since this is a clear case of undermining our hard-earned democracy.

“Although, all fingers are being directed to the Governor of Cross River State, Ben Ayade to be behind this inhuman act but for us, as cultured student leaders, we don’t act on rumours but we would thoroughly investigate and as well interface with our father and governor on best possible way forward,” the statement said.